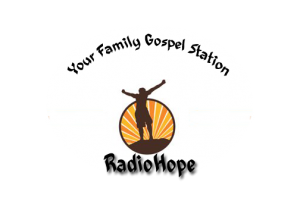 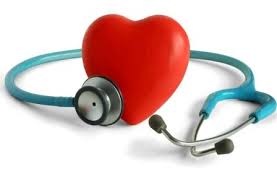 Smallpox is a serious and contagious disease that causes a rash on the skin.

Treatment
If athe smallpox vaccine is given within 1-4 days after a person is exposed to the disease, it may prevent illness or make the illness less severe.

Once symptoms have started, treatment is limited.
There is no drug specifically for treating smallpox. Sometimes antibiotics are given for infections that may occur in people who have smallpox.

Taking antibodies against a disease similar to smallpox (vaccinia immune globulin) may help shorten the duration of the disease.
People who have been diagnosed with smallpox and everyone they have come into close contact with need to be isolated immediately.

They need to receive the vaccine and be monitored.
Emergency measures would need to be taken immediately to protect the general population. Health officials would follow the recommended

guidelines from the CDC and other federal and local health agencies.

Causes
Smallpox was once found throughout the world, causing illness and death wherever it occurred. It mainly affected children and young adults.

Family members often infected each other.

There are two forms of smallpox:
* Variola major is a serious illness that can be life threatening in people who have not been vaccinated
* Variola minor is a milder infection that rarely causes death

It usually takes 12 – 14 days after a person has been infected for symptoms to appear.
A massive program by the World Health Organization (WHO) wiped out all known smallpox viruses from the world in 1977, except for samples some governments saved for research purposes.

Those laboratories were the Centers for Disease Control (CDC) in Atlanta, Georgia, and a laboratory in Russia. Russia, however,

started a program to produce the smallpox virus in large amounts for weapons. Some people believe that other countries may also hold some stores of the smallpox virus.
Researchers continue to debate whether or not to kill the last remaining samples of the virus, or to preserve it in case there may be some future reason to study it.
The vaccine has not been given in the U.S. since 1972. According to the CDC, people who received the vaccine in the past and those who have never been vaccinated could be at risk.

People who were vaccinated many years ago are not likely to have a high enough level of immunity to protect against the virus. It is not known how long past vaccinations stay effective.
Risk factors for smallpox include being a laboratory worker who handles the virus (rare), or being in an environment where the virus was released as a biological weapon.

THE RISK OF TERRORISM
Smallpox could be deliberately spread by aerosol. It would spread easily because the virus stays very stable in aerosol form.
It would take no more than 50-100 cases of smallpox to cause international concern. Emergency measures would need to be taken immediately.
Smallpox spreads easily from one person to another from saliva droplets. It may also be spread from bed sheets and clothing. It is most contagious during the first week of the infection.

It may continue to be contagious until the scabs from the rash fall off.
Researchers believe that the smallpox infection might be able to stay alive (under the right conditions) for as long as 24 hours. In unfavorable conditions, the virus may only remain alive for 6 hours.

There is clear evidence that the virus can remain alive on bed linens and clothes for long periods of time.

Prognosis
In the past, this was a major illness with the risk of death as high as 30%.

Prevention
Many people were vaccinated against smallpox in the past. The vaccine is no longer given to the general public because the virus has been wiped out.

The possible complications and costs of the vaccine outweigh the benefits of taking it. However, according to the CDC,

the United States currently has enough supplies of the smallpox vaccine for the entire population.
If the vaccine needs to be given to control an outbreak, it can have a small risk of complications. Some complications are mild, such as rashes. Others are more serious.
Only military personnel, health care workers, and emergency responders may receive the vaccine today. Smallpox vaccination policies and practices are currently being reviewed.

When to contact a doctor
If you think you may have been exposed to smallpox, contact your health care provider immediately. Because smallpox has been wiped out this would be very unlikely,

unless you have worked with the virus in a laboratory or there has been an act of bioterrorism.